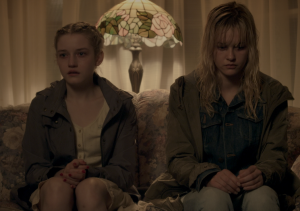 This 2013 American horror film, a remake of a 2010 Mexican film by the same name, certainly does get you thinking about what kind of people live in this world. I love a good horror movie, especially late at night to set the mood. However, I must express a level of disappointment. This wouldn’t be the first movie to get me excited with a preview only to find that the movie wasn’t everything I thought it would be, and this isn’t to say that the trailer was misleading, but I found the movie to drag on in some areas. 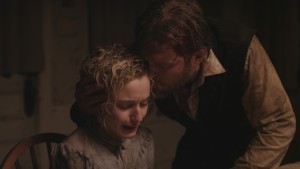 The Parker family keeps to themselves, and has a terrible secret they must keep. When the mother in the family dies, the father is then in charge, but certain responsibilities are now passed on to the oldest daughter who struggles to make sense of things. While the family is slowly losing a grip on their lifestyle, a local doctor with help from the authorities are getting closer to uncovering the disturbing truth.

An excellent story indeed, but the movie seemed to be missing the factor of continued suspense. Note that I say “continued” suspense, referring to a suspense that lingers within you throughout most of the story, slowly building up. I did not feel that, and was disappointed to find my feelings of suspense to be in a roller coaster type state, simply taunting me and eventually boring me. 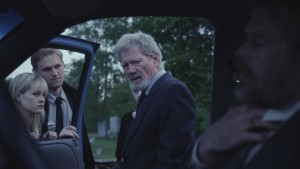 I did not hate it, for I consider many things when watching a movie. This particular film starred mostly people I had never heard of, but can respect them now as actors and actresses for a job well done on their part. And I must say that the ending, though not the best, did surprise me and capture my attention.

As a movie this was creative and interesting. As a horror film, it isn’t what I expected. So given my situation with this particular movie, I can provide you with my overall rating of the movie on a 1-100 scale to best express my feelings overall. We Are What We Are earns a 70%, a C on a grading scale, for not wasting my time, but letting me down in the genre of horror.