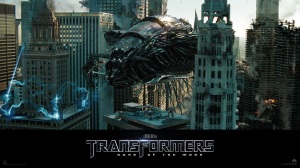 Wow! I can’t believe it’s going on three years now since we were presented with this epic science fiction action film. “Transformers: Dark of the Moon” has everything we Transformers fans love and more, with a few changes thrown in.

The plot is…well…predictable in many ways. And I have to say it, if you have seen one, you have basically seen them all. It’s like the video game “Call of Duty”, becasue the games are essentially the same with the exception of some new weaponry and new maps with each addition. So seriously, what the hell is the point of buying EVERY SINGLE new release when you can practically do the same thing with the version you already have? Some of you may be thinking “Finally, someone who gets it!”, but I am sorry to inform you that this is far from true, for I too am an avid Transformers fan who leaps in the air with joy at the whiff of new film addition.

Where is Megan Fox? For such addicted fans like myself, losing an important member of the cast is damaging. Surprisingly enough, I kept my head held high and watched this movie with a lower expectation than normal. What I got was a movie that I loved just as much as the previous films, no more, no less. That’s the thing with these movies, no single edition outweighs that of any other. They are all equally good, which has its ups and downs, and does create an issue for those who aren’t under the “Transformers spell”.

Ok, so Fox is no longer a cast member, but her replacement, Rosie Huntington-Whiteley, is a fine slice of eye candy with some strong acting abilities. And let’s not forget about Shia LaBeouf, because he is one of the best actors of our generation (my generation). I’m not sure I care what the movie is about prior to viewing it, for as long as he is in it, I’ll give it a chance. He plays an excellent Sam Witwicky in this flick, who once again helps save the world from some non-human inhabitants.

The next Transformers? Well, from what I hear, it’s coming, but LaBeouf won’t be a part of it. Instead we are looking a movie starring Mark Wahlberg, who is a talented actor who has been in some good movies, but he is no match for LaBeouf if you ask me. This time around, my expectations will be much higher, because the new film will have a lot of compensating to achieve. I have a slight hint of excitement though, that maybe, just maybe, with an altered cast and perhaps a more diverse plot, the next addition could just be the best one yet. 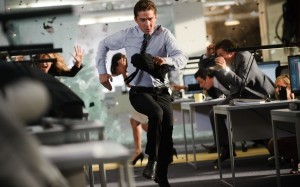 Realism: 9/10 (Thanks to the incredible effects)

Quality: 7/10 (I lower this figure because of the repetition associated with the film)

Total Abstract Rating: 90% (rounded from 88) Aside from new additions being repetitious and dealing with a cast change, “Dark of the Moon” is still an “A” film.