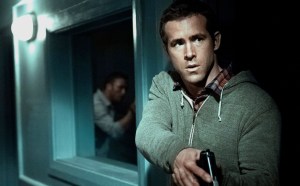 Do you have a boring job? Ever wish something truly exciting would happen? Well, “Safe House”, a 2012 action thriller film, does just that for one “lucky” CIA employee.

Matt Weston (Ryan Reynolds) is a recently promoted CIA agent, who now faces daily tasks consisting of staying awake, keeping himself occupied in a lifeless surrounding environment, and doing the occasional “checks” as required. That is until his safe house is actually put to use one day with an “infamous” international criminal, Tobin Frost (Denzel Washington). That’s pretty much it. Frost is held there a while, then transferred, and Matt goes back to business as usual…Not buying it? Alright, you got me. As we movie goers would expect, things soon get out of hand, and the once bored Matt Weston is faced with taking on Tobin Frost himself, which turns out to be a bit of a handful. 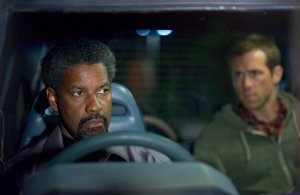 Evaluation: If you’re like me, then all you got out of the above movie summary were the names Denzel Washington and Ryan Reynolds. I mean, they are in a movie together! FREAKING AWESOME right? I remember watching Reynolds star alone in the 2010 movie “Buried”. I’m sorry, many would say it was boring and stupid, but I found it to be quite the film. Why? Because Reynolds is an astounding actor, who can entertain for an entire movie ALONE! And what do I really need to say about Washington? We know he’s great.

This film has the action, and even if it isn’t the most realistic, it’s definitely a vital characteristic to the movie’s overall entertainment factor. It also has a small portion of “plot twist” to it, that is unfortunately, moderately predictable if you are paying attention. But if you can look past the films small defects here and there, it’s definitely a good way to spend the time. I am also a fan of the ironic ending. This is one aspect of the movie that I did not see coming, and for me it really made for an interesting ending that I loved. It took me a while to get around to watching this movie back when it was new, but once I did, I found it to be one of the good ones.

Total Abstract Rating: 85% Be sure to check this one out, regardless of what anyone else says. Only you can decide for yourself!