I can’t even fathom the idea of Marvel creating a bad movie, which is why I’m yet again pleased to be reviewing another incredible addition to their golden stockpile.

To quickly sum up the plot, Captain America (Chris Evans) is now working for S.H.I.E.L.D. in Washington D.C. As events unfold he discovers a conspiracy within the agency linking back to Hydra. Simply put, Hydra has secretly been planning world domination (once again) with the blind assistance from  the S.H.I.E.L.D. employees and agents who weren’t aware of the infiltration. With limited allies, Captain America teams up with Black Widow (Scarlett Johansson) and a new friend, Sam Wilson (Anthony Mackie) to fight the forces of Hydra and stop them once and for all. 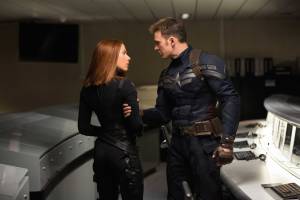 This film is the perfect example of plot and action mix. The newest Transformers film was 3 hours of stuff blowing up and machines battling. It was way off balance and lacked a sturdy story line. Captain America: The Winter Soldier however, gave us a complex and captivating story with the appropriate amount of action to aid it. The plot was one with the actors, music, and action sequences.

I’ll be honest and say that Captain America is my least favorite hero when compared to Thor, or my all time favorite, Iron Man. This doesn’t discredit him though, and he again proves himself to be just as strong and important as ever. His talents are abundant, his courage is admirable, and his strength as both a follower and a leader is worth many compliments. 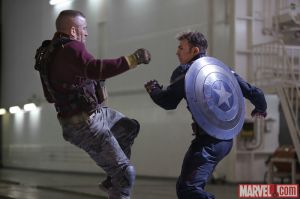 I highly enjoy the references to previous movies or other characters, no matter how brief they are. With Marvel, it all ties together, and this only makes these individual movies even better. What’s really interesting about this one, is that it builds itself off of the first Captain America and uses what you could almost call, the same plot. Once again it’s Hydra’s desire for world domination that is the movie’s source of evil. But it’s incredible how well they did in making this movie independent, rather than a repeat of the first one. Differences include the infiltrated S.H.I.E.L.D. agency, the modern day setting, the modern machines and warfare tactics, and new additions to the cast, just to mention a few. Shake these ingredients up and mix them Marvel’s endless talent, and you have one hell of a film.

As with any action movie the realism is ground up in a blender and served to pigs, and the intensity is based on classic (and slightly disappointing) tactics. How many times has a bomb been defused with 1 second left on the clock? Marvel incorporates this tactic a few times in this movie, and it’s my biggest complaint. It’s almost boring to watch a clock count down in a movie these days, because we know what’s going to happen anyway. I say, either let the damn thing blow up, or realistically defuse it quicker. You either have the skill to do it, or you don’t. Of course (for this movie) this was used in some other areas, unrelated to bombs, but it’s the same concept. 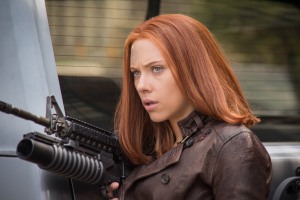 So what about my favorite parts? Well, I can start by mentioning the Winter Soldier, a fairly matched villain for Captain America. Even more interesting, the villain is actually a friend of the Captain from the old days, who supposedly died in the first film (apologies if I spoiled that part). Instead, he was experimented on, and designed to kill. My other favorite aspect of this movie was the sensation I got from some of the scenes. Though they weren’t realistic, I found myself saying “Damn that’s cool” quite a few times. This was in fact my absolute favorite part about it, because it really was a badass movie!