Brace yourself for a film that takes the concept from “Limitless” and turns it into an extravagantly portrayed science fiction work of cinema brilliance! 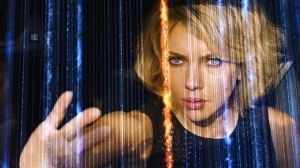 Lucy is young American woman living in Taiwan who encounters a day of high misfortune and bad luck. She is kidnapped after delivering a briefcase of drugs to a very powerful and wealthy drug lord. The drug (CPH4) is new and extremely valuable. A bag of the drug is surgically inserted inside of Lucy so that she can transport it without raising any eye brows. Her and a group of others in the same situation are delivering the drug to several different areas. Before her release she is beat up, taking some kicks to her abdomen where the drug was implanted. The bag breaks, releasing it into her system in a high dosage. Her life from that point on is forever changed. Her mind is awake as her brain calculates everything around her, helping her cleverly escape and get to a hospital to have the drug bag removed. She also speed reads all the information she can about the drug, and about the nature of her situation. She contacts Professor Samuel Norman to speak with him about his extensive research on such a condition. She plans to meet with him in a few hours, but she has some business to take care of first. All the while, the access to her brain is increasing, making her more and more powerful.

“Limitless” was a middle school student’s really cool homework project that amazed even the adults, whereas “Lucy” stepped up to the plate and hit a homerun in front of the world. The film has scientific explanations backing up a large portion of the plot. “Limitless” took a concept and made it into a good movie. “Lucy” took the same concept, thought our nearly every angle of the concept, and made it into an even better movie.

Once again we are looking at a movie with a plot so strong that it would not have mattered whether or not Scarlett Johansson or Morgan Freeman had been in it. Any good actor or actress could have pulled it off, and this film could have made stars out of unearthed talent in the Hollywood world. This isn’t to say that I was disappointed in the cast…not in the least. In fact I was astonished at the admirable work of the two famous actors. They killed in their performances and made the film all the more enjoyable. 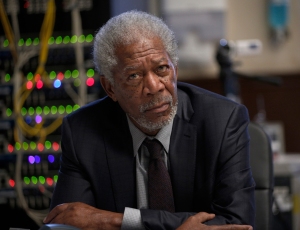 The extent to which they pushed the boundaries of the concept of full usage of our brains functionality was truly staggering. Rather than simply having an out of this world knowledge of anything and everything, the brain can control the body like never before, and with only 20% (as opposed to our typical 10%) it can already take control of things around us. Looking into other peoples minds, controlling objects and people all together, and knowing every critical move against foes, is only a portion of what can be done as we gain additional access to the most powerful tool in the world. Now I know nothing about the brain, or the theories of what could happen if we really could access more of it, so I can’t speak to the validity of the theories expressed in the film. What I can say though, is that these theories were convincing, and provided a more knowledge-backed film in comparison to “Limitless”. The concept is simple, and the effects can easily be portrayed, but the background and supporting theories play a massive role in making a proper science fiction movie. Kudos to “Lucy”.

Total Abstract Rating: 90% If you liked “Limitless” then I highly recommend this movie. In fact, I recommend it either way.