A lesson I wish I could have learned a long time ago. I’ve spent so much time in the past making Youtube videos, writing blogs, building Twitter accounts, and live streaming on Twitch, all for the sake of building an audience. What I didn’t realize at the time is that I was doing it all wrong! I think we all on some level have a need to be liked by others, and the digital age has created an online popularity contest across several different platforms. The truth is we just can’t get enough of it. We want more and More and MORE. But at what cost?

When I started live streaming my gaming experiences on Twitch I had no clue what I was doing. But all it took was a viewer or two and my confidence grew. Eventually I started doing research on what games would get me the most viewers. Not popular games, because your listing under any particular game is based on your current live views. As a small channel I would have been so far at the bottom of the listing for a popular game that it just wouldn’t make sense and I wouldn’t grow my channel. But once I started averaging around 10 viewers each live stream, I started hand picking games that weren’t as popular, and where I could be toward the top of the listing for that game. What was the result? IT WORKED. I started growing my channel even more, and after a few months I was able to play the more popular games. This isn’t to say I was at the top of the listings, but I was at least in the middle and easier to find now. And with clever titles that could lure people into my stream, I had a good thing going. 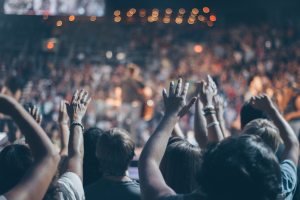 What did it cost me though? By the time I was able to start playing the more popular games that I actually wanted to play, I felt like streaming was a job. In order for people to keep coming back and watching me I had to develop a stream schedule so they would know when to find me live. That combined with having played so many games that didn’t even interest me, it was already killing my attitude toward it all. Yes, I was finally able to stream what I wanted and I had a good base of loyal viewers who were always there for me, donated money to me, and helped promote me, but my happiness was sinking.

It’s been about a year and a half since I last live streamed. I do miss those days, and still to this day have people asking if I will ever come back. The truth is that I won’t because I have too many things going on in my life now and I don’t have the time anymore. And there were multiple reasons for me leaving that part of my life behind, but a major one was my own happiness. Yes, streaming and entertaining people gave me a natural high if I’m honest. But feeling like that’s my job, and that I have to stream on this day at this time and play this game…sorry that’s not for me. Because even toward the end when I could technically play what I wanted, what I learned is that my audience started to decide what I played. They got used to certain games and only wanted to see me play those games. Had I branched out to even newer games, I would have risked losing loyal followers. 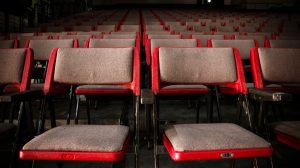 So my point is this…

When you choose to do something like streaming, making videos, or blogging like I am now doing, don’t do it for the audience. Don’t check your stats every day and get discouraged if no one is viewing your site. And don’t shift your focus just to try and build an audience. Blog for you. Write what you want, when you want. That is my philosophy now that I have returned to blogging. I wrote movie reviews with this blog a few years back, and now I am reviving this site with posts of my own life and experiences. I’m taking it one day at a time, and I’m not worried about who reads any of this. I’m doing it all for me. I’m doing it because I enjoy writing, and I don’t think it hurts to have a space where I can store my thoughts. If others in the community wish to take time to read some of these thoughts, then that’s a just a bonus. And maybe as I share more my blog will grow. But I’m certainly not worried about that. I just want to blog, and hopefully I will meet some other great people in this community. Not as my followers, but as my friends. I take time to read a couple blogs from other writers each morning.

Thanks for reading…if of course you took the time to do so.     🙂

One thought on “Blog For YOU, Not The Audience”